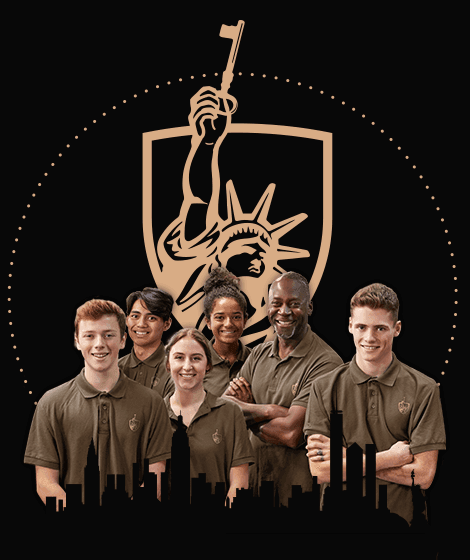 Commercial security:
Business owners have much more to worry about than dealing with the aftermath of Break & Enter. The black market demand for computer equipment, software, telephone systems, tools, etc. has never been greater, and in many business areas the crime rate has reached near epidemic proportions. In addition, owners and managers must give consideration to reducing internal theft and inventory shrinkage cause by employees and customers.
The best way of reducing property loss is to install a monitored alarm system. Security systems reduce crime in commercial settings.
Businesses without alarm systems are more likely to be burglarized than those that have an alarm system. Many uncompleted burglaries can be credited to an audible alarm.
By covering doors and windows with sensors and posting clearly visible security "warning decals" you will greatly reduce the chances of a break in.


Burglary Facts (from FBI`s 1999 Uniform Crime Reports):
1. 60% of residential burglaries occur during the daylight hours
2. There are an estimated 2,329,950 annual burglaries nationwide, with an annual loss by victims of approximately $3.1 billion.
3. This year, one in six homes will be burglarized
4. A burglary takes place every 12 seconds and produces an average loss of $1,675 per event.


Home Fire Facts & Figures Taken from National Fire Protection Association:
1. In 2000, there were 368,000 home fires in the United States, resulting in 3,420 deaths, 16,975 injuries and $5.5 billion in direct property damage.
2. Eighty-five percent of fire deaths occur in the home (one-or two-family dwellings, apartments or manufactured housing). 72% of all fire deaths result from fires in one- and two-family dwellings, including manufactured homes.
3. Most fatal fires kill one or two people. In 2000, 18 home fires killed five or more people. These 18 fires resulted in 99 deaths, accounting for 3% of all home fire deaths.
4. Only one-fifth of the home fire deaths from 1989-1998 were caused by fires in which a smoke alarm was present and operated.

The statistics below are based on annual averages for the five-year period from 1994 through 1998:
1. Although children five and under make up about 9% of the country`s population, they accounted for 17% of the home fire deaths, assigning them a risk twice the national average. Adults 65 and older also face a risk twice the average, while people 85 and older have a risk that is almost four-and-a-half times more than average.
2. Half of all home fire deaths resulted from fires that were reported between 10:00 p.m. and 6:00 a.m. Only one-fourth of the home fires occur during these hours.
3. Smoking was the leading cause of home fire deaths overall, but in the months of December, January and February, smoking and heating equipment caused similar shares of fire deaths. Cooking was the leading cause of home fires and home fire injuries year-round.
4. January was the peak month for home fire deaths. February ranked second, and December was third.

Go Back To Alarm Systems Products